Nikola Tesla was the genius who lit the world, whose discoveries in the field of alternating polyphase current electricity advanced the United States and the rest of the world into the modern industrial era.

Nikola Tesla had 700 patents in the US and Europe. Tesla's discoveries include the Tesla Coil, fluorescent light, wireless transmission of electrical energy, radio, remote control, discovery of cosmic radio waves and use of ionosphere for scientific purposes.

The United States Postal Service honored Tesla with a commemorative stamp in 1983.

Tesla was inducted into the Inventor's Hall of Fame in 1975.

The Nikola Tesla Award is one of the most distinguished honors presented by the Institute of Electrical Engineers. The award has been given annually since 1976. It is presented annually since 1968, at the Area Power Conference, Duluth, Minnesota. The award is furnished by Siemens Westinghouse Power Corporation.

The Nikola Tesla Statue is located on Goat Island to honor the man whose inventions were incorporated into the Niagara Falls Power Station in 1896. Tesla is known as the inventor of the polyphase alternating current

The Nikola Tesla Corner Sign located at the intersection of 40th Street and 6th Avenue in Manhattan, is a constant reminder to all New Yorkers of the greatness of this genius.

Many of the new technologies in the world today, are based on Tesla's ideas. Tesla spent 50 years of his life to find a way for interplanetary communications, especially with Mars. He is the first scientist in the world to use the Ionosphere for scientific purposes (The Ionosphere is the upper part the atmosphere under constant bombardment of solar energy, which breaks down molecules into ions causing an ionized shield of our atmosphere, very important for radio communications). Nikola Tesla is a unifying force for the people of the Balkans, and the people of the previous Austro-Hungary Empire (an area of Europe devoted to science and progress). Every child in the Balkans knows about Tesla.

The Tesla Memorial Society of New York is proposing that Tesla's birthday, July 10th, be proclaimed by the United Nations "Nikola Tesla Day". This day will signify a day of science, cosmos explorations, and brotherhood among nations and religions around the world. 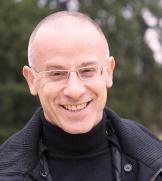